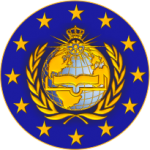 On the issue “Creative personality in Science” is going to take place.

The 10th Anniversary World Scientific Congress (WSC) is going to be both concluding and perspective.

Previous congresses studied more topical issues of the modern science, positive and negative tendencies, offered and explained the real means of the way out from the academic crisis.

Outstanding creative personalities took part in the congress, both from Russia and abroad. They make a lot of contribution to the science development.

The 10th Anniversary World Scientific Congress (WSC) is a bright audiovisual demonstration of what has been done in the science by various creative people, namely outstanding scientific achievements and what is going to be made in the future.

Material investments are necessary for science and its real existence and development. At the same time, not by only investments science is developed, but also by fundamental ideas, which are suggested and explained by genuine creative personalities. Money should serve for science, but not science for money. Scientific creativity should serve for the sake of humanity. For any new technology new fundamental are highly important, which are offered by creative personalities. Unfortunately, radically official science lacks it.

The main idea of all the congresses, including the last one, is the interaction of the various beginnings, both material and spiritual, which allows the congress to have a more inner realization for creative people taking part in the congress.

The participants of  the 10th Anniversary World Scientific Congress (WSC) have a strong creative potential, which allows to advance and develop the world science, suggesting it the new and innovative ways.

The greetings, reports and presentations will be made at the 10th Anniversary World Scientific Congress (WSC). The international diplomas, certificates, orders, medals will be presented. Published works will be prepared based on the materials.