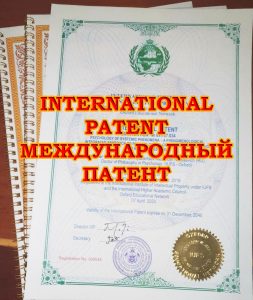 ANNOTATION. The report is dedicated to the author’s method Fire Qigong recovery of nervous system method , which is an integration of the ancient knowledge and technologies transformed for a modern human. Its worldview conception, practice and consequences are regarded. Also, the theoretical background of numerical science SSI, which studies emotional intelligence and human consciousness/perception of the world.

Fire Qigong is a full recovery of nervous system method , which is an integration of the ancient Chinese purification practice “U-SHYK” and Kazakh alternative medicine. It’s the result of 20 year author’s work (1995-2015) and was registered as № 1194 (June 10, 2015) in the Ural Intellectual Rights Protection Association.

“U-SHYK” in ancient Turkic means “Come out, Poison” (with the help of structured water). For a long time these studies have been passed from generation to generation from prophet David. Its appearance originates from Ancient Tibet.

The aim of this report is to inform the audience about the author’s spiritual and physiological recovery method with its ancient origin. The method had integral character and is based on the last studies in the field of energy and informal technologies.

Among numerous modern physical and spiritual practices “U-SHYK” is distinguished by its uniqueness, because it has rapid recovery effect, and this is confirmed by numerous reviews. The issue is very topical, because the lack of time, rat race, hustle and bustle cause the necessity to resort to rapid healing and recovery methods. It changes people’s mind in a great way, so that people in the future after some studies deal with that on their own. That is the main idea of method and its main part.

In our message context Fire is the greatest healer. Fire energy transforms and purifies humans consciousness, revives human’s body, calms our mind and gives us confidence in the future. Fire is our friend and healer, it has the presence of the Creator. Fire energy burns out the whole negative, pain, fears and everything that prevents happy life, removes any discomfort and gives potential for human development.

As it is known, the conception of Energy as a Universe Power is the background philosophy in different cultures. In the Indian culture it is known as PRAHA in its expression  KUNDALINI. In the Universe there are three main powers (san zai):  Heavens (tian), Earth (di) and human (ren). The main power for Chinese was Qi, which was responsible for long life.

Qi Energy is a fundamental conception of Chinese philosophy. Modern scientists have proved that Qi, which circulates in our organism, is a bioelectricity, and body itself is a electro magnet field. Our thoughts, activities and feelings, food, the amount and quality of the air, the way of life and energy have the direct influence.

Qigong is a traditional Chinese system of perfectioning human’s body aimed at making human organism healthy. The very word Qigong itself contains of two parts: qi —is an energy flow, gong —work, achievement. In this way, we can translate it as work with qi. Qigong has a lot of exercises, especially phycological and physical ones. Due to Qigong, a human body obtains brand new amazing opportunities, which really shock even skeptics and become the issue of scientific study.

Nevertheless, Qigong wonders have nothing mystical in in. Gong here means practice. In this way, by doing this practice we can enlarge the organism’s diseases resistance capacity, get stronger and more conscious.

Qigong has three levels of influence: body, energy and conscious. To develop them, we do moving, breathing and thinking, where the last is the most significant. With no breathing and conscious Qigong would turn into just fitness. And with no physical exercises and only with energy management and the creating of thoughts and forms, it is possible to do Qigong. However, it is necessary to remember that working on that is called spirituality in our country and De in China, we cannot get the highest results. Anger, envy, hate, jealousy and other negative feeling don’t give us the chance to relax and create positive thinking forms. That’s how the Universe works: destructive thoughts destroy their creator. Conscious regulation is the main skill in Qigong, which is necessary to perceive. And what about the ones, who don’t practice either Qigong or other methods? Specialists of Qi energy are called Qi guides. These are specially prepared people, who have specific qualities and skills. Its their talent and they help people to find the balance and harmony in the World, and we even have the right to say that they are chosen by the God. This interpretation at the first sight is different from the widely known perception about Qigong as a system psychological and physical human perfection. The main purpose of Qigong is to recover the energy balance between Yin and Yang. However, if we take the interpretation in our context into the consideration, it becomes clear that Fire Qigong it is the method aimed at spiritual purification and emotional correction.