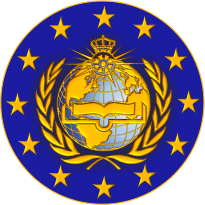 International Parliament for Safety and Peace

IN THE AREA OF

The numerous experimental results obtained in the research of the molecular-cellular mechanisms of development of hemorrhagic and ischemic strokes in the human brain have revealed the involvement of a multitude of other mechanisms, such as excessive activation of glutamate receptors, dysfunction of different mitochondria, impaired metabolism of calcium and sodium ions, oxidative stress, and others. A scientific novelty is the integration of all processes, conditions and properties into a single process through application of the goal instinct (Remnev V.A., 2014) and specialized ecometaphenomenological-essential evolution. In Nature there is mutual exchange between the phenomenological and essential aspects of human survival in the extreme conditions of life activity and environment. Moreover, the phenomenon and the essence (phenomenon and noumenon) are the fundamental philosophical categories reflecting the universal forms of the objective world and its cognition by the man. A phenomenon is a certain discovery of an object, external forms of its existence. Essence is the internal content of the object manifested in the unity of all the diverse and contradictory form of its being.

Comprehension of the essence of an object is the major task of science. A phenomenon is always richer than essence as it includes both discovery of the internal content, substantial connections of the object and all the possible casual relations, specific features of the latter. Phenomena are dynamic and changeable while essence forms something which is preserved in all dimensions. The seence of the object H is the average information falling on one manifestation of the object out of all manifestations:

I k is information about every specific area,

n is the information capacity of the object or the volume of the notion.

As the ecometaphilosophy of the goal instinct belongs to the general thesaurus of knowledge in the human activities, especially in the area of human survival in extreme activities where the man cannot exist long, there appear important reference points to decode the hidden and reserve possibilities of the man. Characterizing the development of human cognition I. Kant called for objectiveness of essence (“thing in itself”) and considered that essence cannot be ultimately comprehended by the man in his unique existence. According to I. Kant, a phenomenon is not an expression of objective essence but just a subjective idea caused by the latter.

The essence of the discovery is that it has been established that in the use of the medications consisting of the blocking agents of the relevant processes L-Carnosine,HPS70 and E-vitamin may be effective in protection against a hemorrhagic stroke and an ischemic crisis. The numerous experiments on male rats, rabbits and monkeys revealed the effects of anti-stroke medication of Cerebrolysin in the concentration of 6 mcg/ml on the nervous cells of the olfactory cortex of male rats when exposed to autoblood (3 ml) for 360 min – p<0.05 relative to the initial one (Patent – Khama- Murad Arman Khamalav, Sweden, Method of Research of the Properties of Protein of Thermal Shock (BTSh 70, Bull. No. 27 dated 27.09.2008). Normalization of the excessive activation of glutamate receptors, dysfunction of mitochondria as well as improved metabolism of calcium and sodium ions and reduced oxidative stress have been revealed.

The priority of the discovery: on May 28, 2015 the materials on the discovery were reported at the International Conference on Health and Sport and discussed and approved by medical specialists. They were recommended for registration for International Patents at the IIIP (28.05.2015).

The essence of the discovery in the area of megametaphenomenological-essential molecular-cellular mechanisms in medical-experimental physiology is establishment of the specific algorithm from using the relevant medications consisting of blocking agents of different processes which were successfully used to protect against a hemorrhagic crisis and an ischemic stroke obtaining positive results in normalizing the cerebral processes, improved metabolism of calcium and sodium ions and reduced oxidative stress.

In addition, it has been revealed that pursuant to the nomenclature of the Intergovernmental Higher Academic Council (IHAC) this International Patent can be successfully applied in the following areas: Medical Physiology and Pathophysiology (IHAC 31, 164), Molecular Biology, Molecular Genetics (IHAC 06.003), in the area of medicine (IHAC 31.167 – psychoinformatiological medicine), human life safety (IHAC 16.009 – global psychoinformatiological safety system), psychology (IHAC 37.071 – cosmoeniopsychology) and acmeology (45.004 – acmeology in art and 45.005 – pedagogical acmeology).

Moreover, in the opinion of independent experts of the IIIP under the IUFS this scientific paradigm (spiritual matrix) of the authors has a great potential for further development and self-improvement as well as more in-depth perception both in accordance with the general scientific principle of complementation of N. Bohr and operative coverage of a wider range of the man’s teleonomic possibilities in the area of optimal interaction of spiritual perfection and his adaptiveness in formation of the Health of the Mankind Global Program (Director Mahatma Shanti) and within the framework of the International Programs of UNESCO, UNICEF and UN Global Compact.